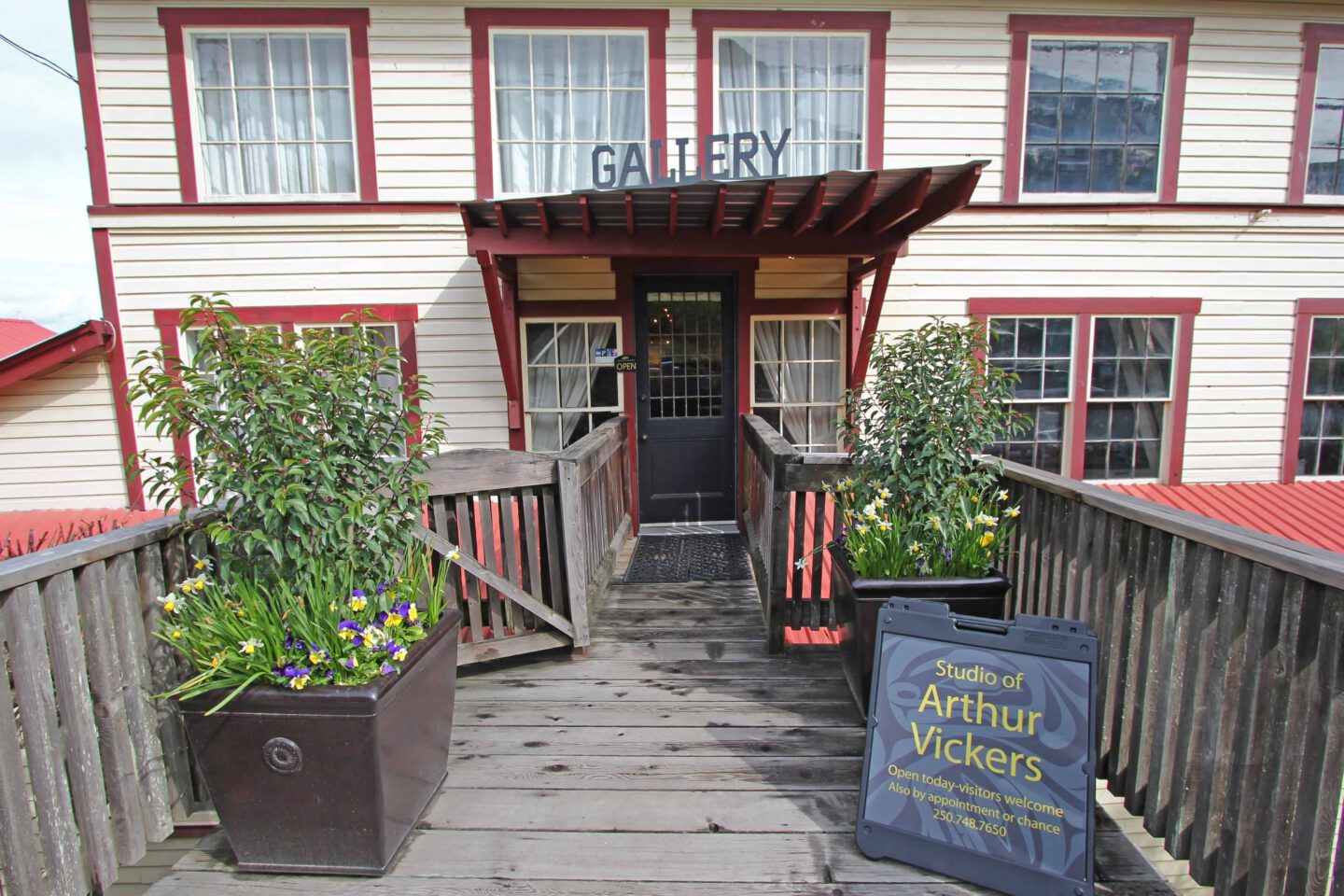 “Have you found your purpose, grandson? Don’t worry about it, it’ll come. And when you find it, follow it. And keep at it.”

Arthur Vickers was four or five years old when he first picked up a pencil and began sketching. Born in Vancouver to a mother of English and Canadian ancestry and a father of Tsimshian and Heiltsuk lineage, he spent his childhood in the village of Kitkatla, BC where he spent much time with his grandfather; a fisherman and canoe carver. So, it was very early on that he became immersed in a creative world – a lifelong journey of documentation through art. 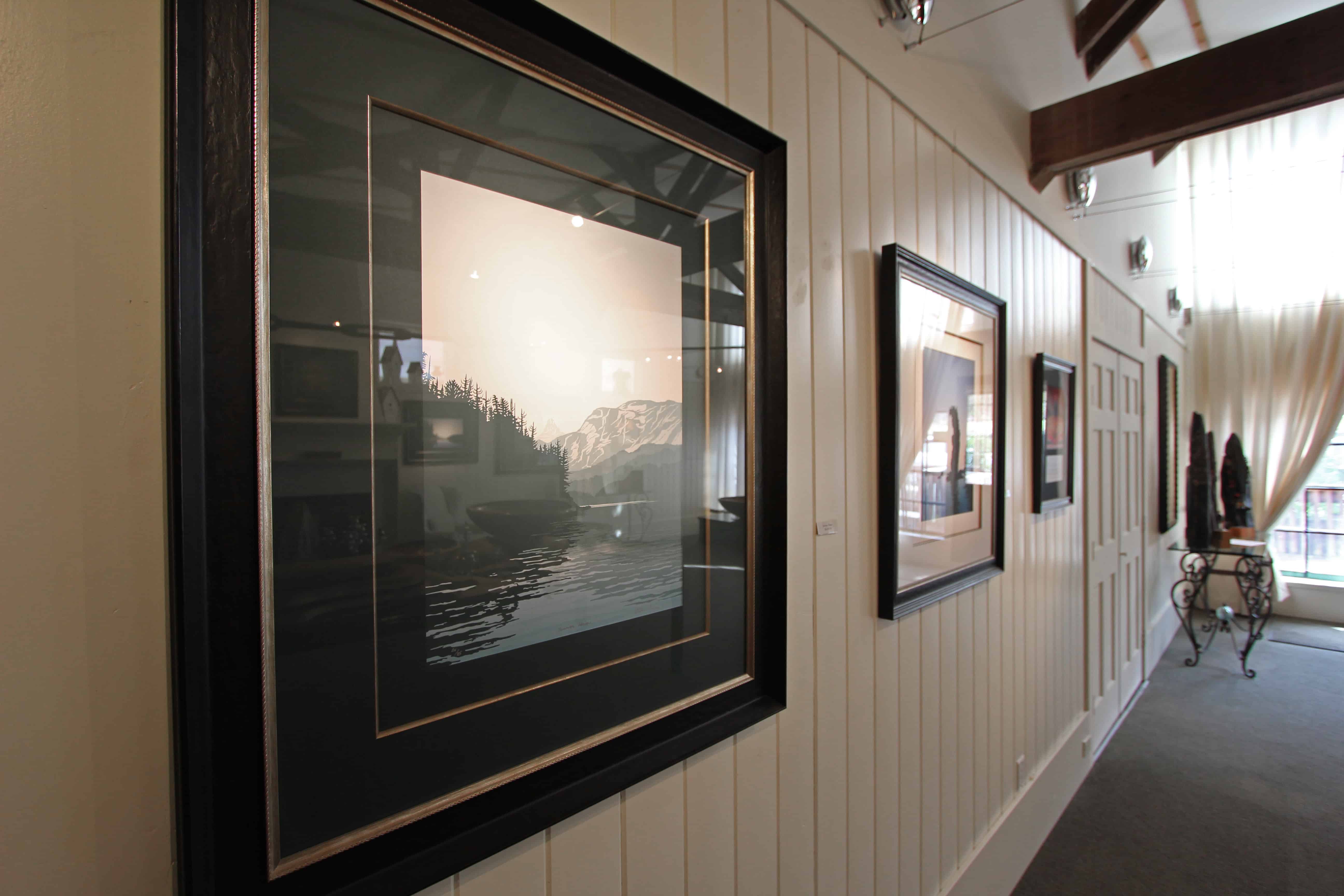 In speaking with Arthur, it becomes very clear that there is purpose behind his work. His pieces are beautiful to look at, and they take on more meaning as you hear the stories behind each one. Family is important to Arthur, as is the natural world, and his work serves as a means of sharing, honouring, and preserving the spirit and stories of both. Large prints depict west coast scenes, but transcend two dimensions depending on how they are viewed. A change of lighting causes the orange sky of a setting sun to glow, much like it would on a summer night, and mother of pearl dusted onto shades of blue cause water to sparkle, as it would during the final, lingering moments of daylight. Observing Arthur’s work allows the viewer to see and feel what the artist likely once experienced; documentation and preservation of a moment in time, and celebration of Canada’s great west coast. 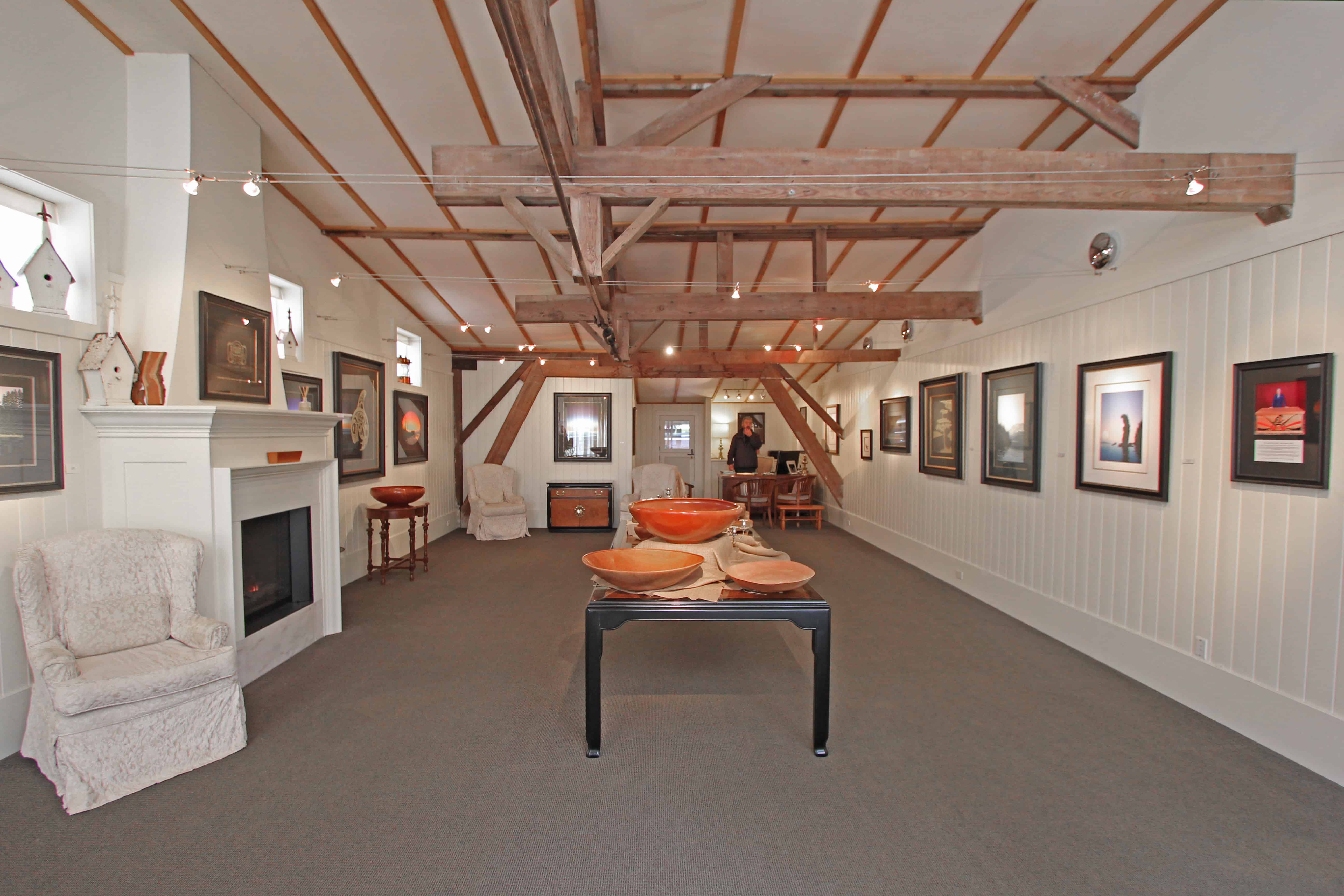 The Arthur Vickers Gallery in Cowichan Bay features many hand-pulled, screen printed scenes of varying size and subject matter, and all are best experienced in person. The gallery also includes several works made using layer upon layer of 24 karat gold dust; a natural material that results in beautiful imagery and art pieces that have potential to last for many decades to come. There is a deep symbolism in this work, which becomes clearer the longer you speak with the artist. 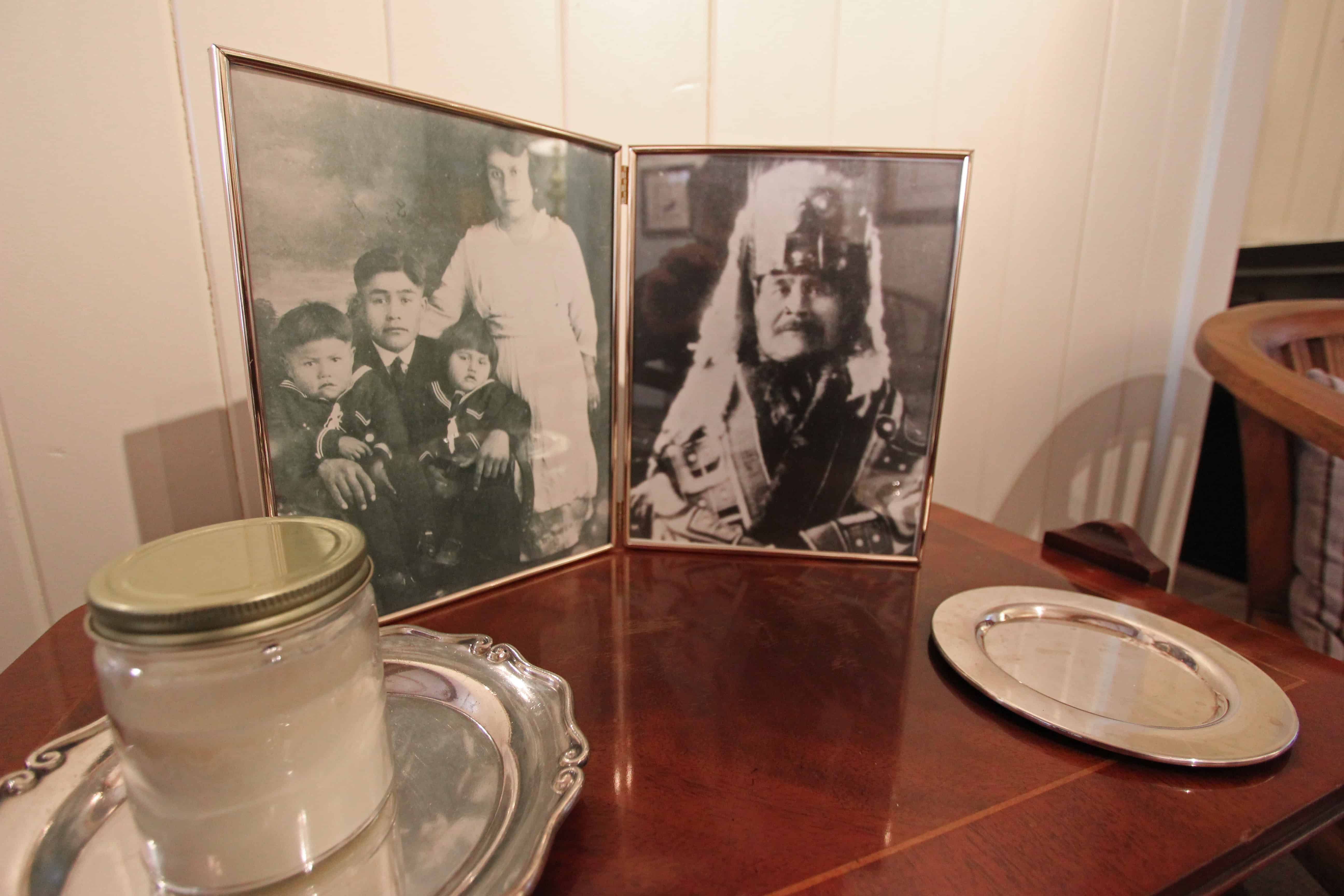 Arthur’s aforementioned grandfather was hugely influential in his life, occasionally visiting the young artist in Victoria and asking him the not insignificant question: “Have you found your purpose, grandson?” Luckily, Arthur had several influencing forces in his life, from school teachers who allowed him to exercise his skill in carving, to already established artists like Fenwick Lansdowne, who allowed him to witness first-hand that it is possible to do something you love and make a living at it. After several years working in Victoria and the Cowichan Valley as a carpenter and professional woodworker, primarily on First Nations housing projects and, after the designing and building of his brother Roy’s art gallery in Tofino, he made the conscious decision to spend the rest of his life creating and recording what he heard, saw, and felt. 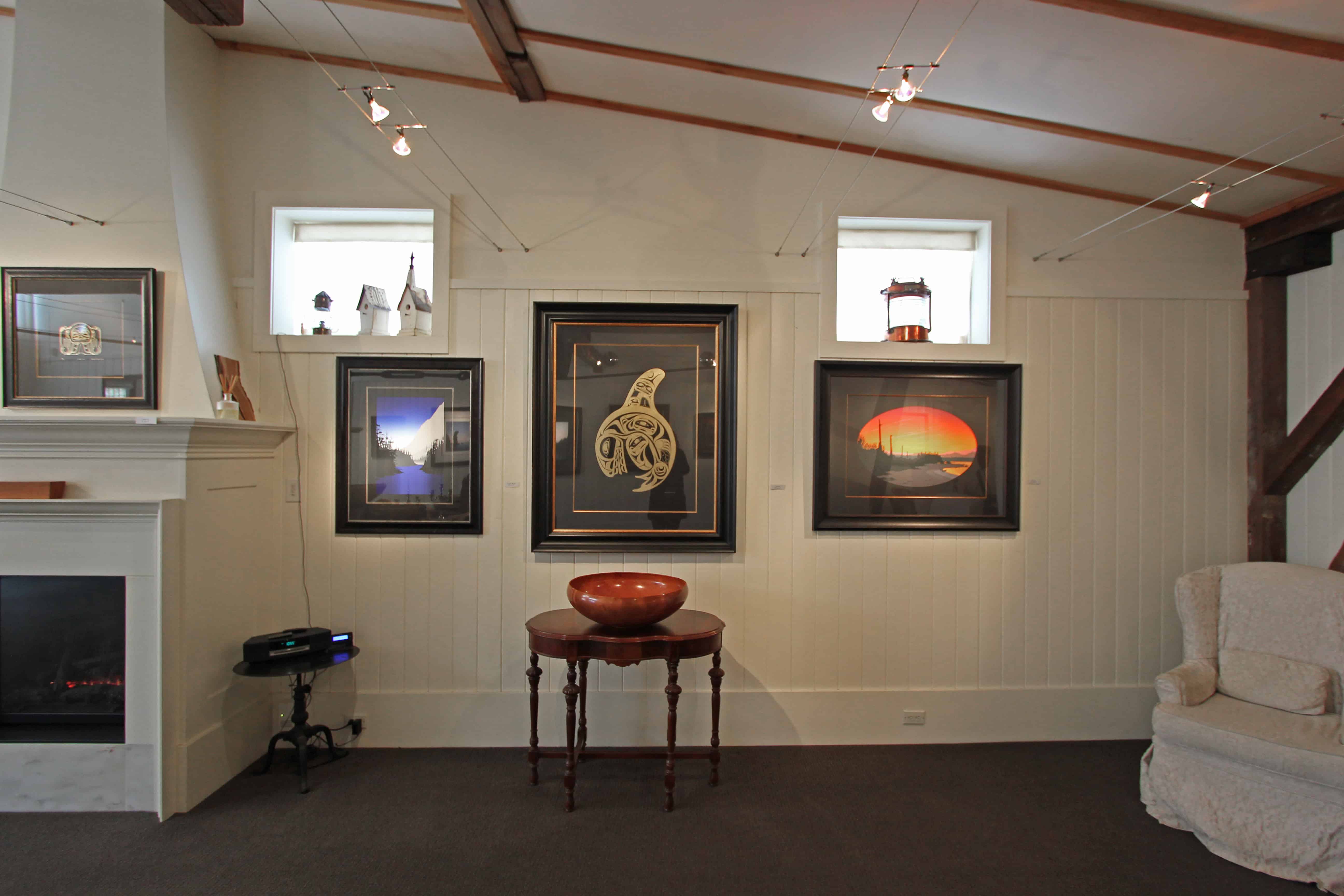 And thank goodness he did. It’s a treat to spend time in the Arthur Vickers Gallery, and an even bigger honour to speak with the artist. Whether a visitor has the means to purchase a piece of his work or simply wants to experience them in person, the gallery is open every day, and it is certainly worth the visit.

Locals Only. Q&A with Cowichan Cycles

Creative, imaginative and fun — a day trip shopping in Cowichan