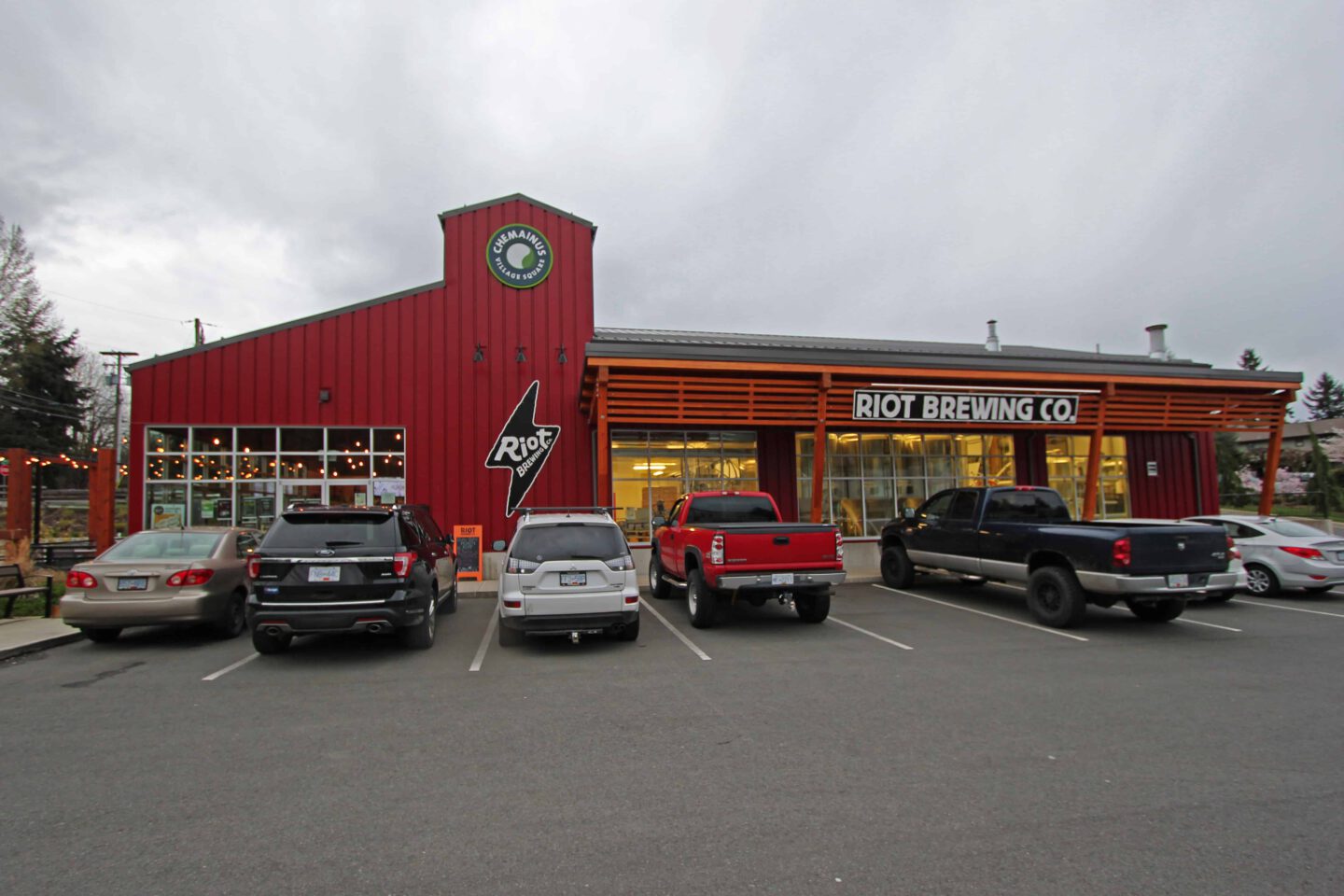 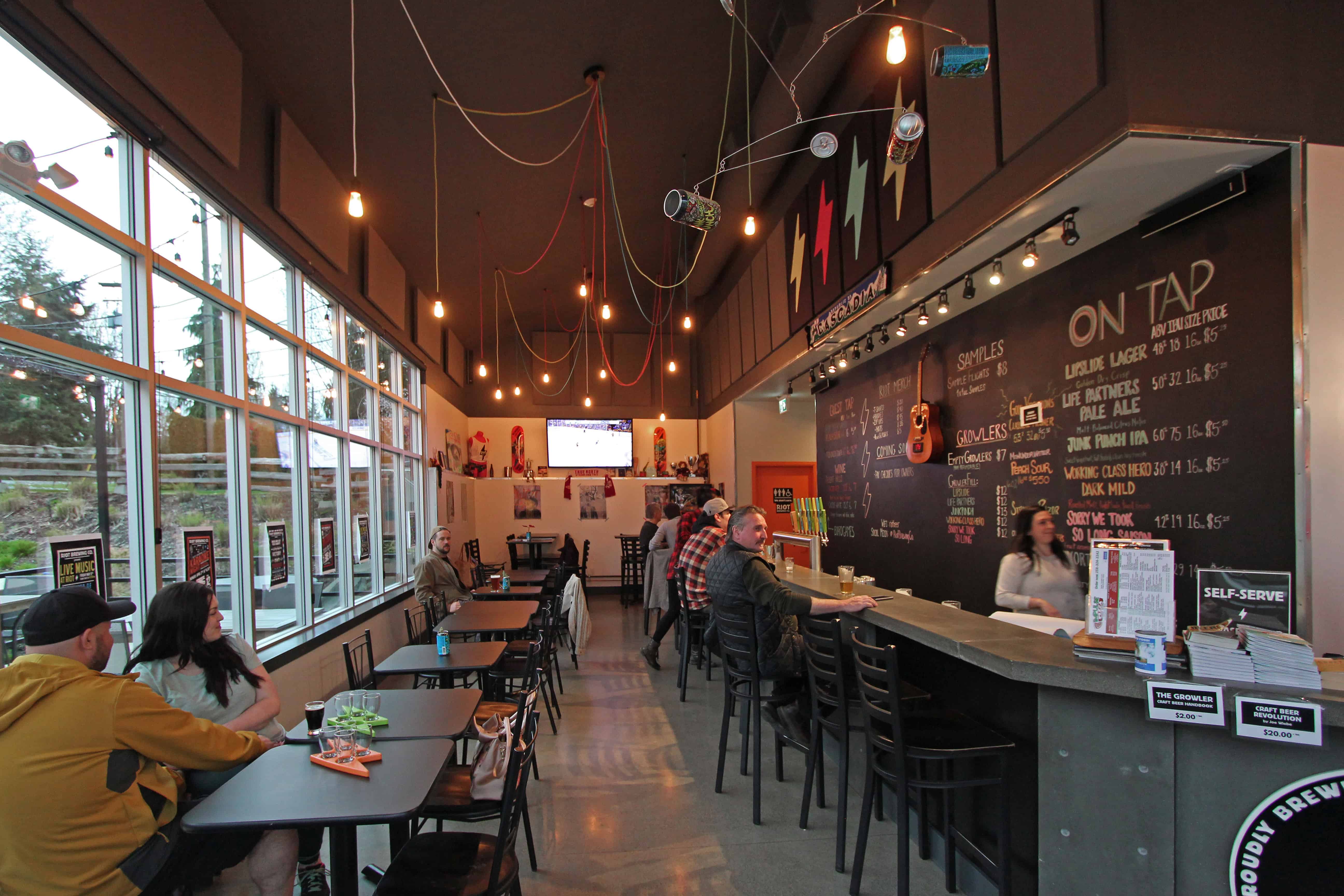 Veterans in Vancouver’s craft beer industry, founders Aly and Ralf decided to make the move to Vancouver Island in 2013 and open up their own shop – on their own terms. While they’ll openly speak about all the challenges and setbacks they experienced during this lengthy process (which included the pair considering a swift departure from the Cowichan Valley) they hustled, persevered, and remained optimistic until things lined up and they were finally able to get a brand new brewing facility built in Chemainus. The journey getting Riot from an idea to a fully-functioning craft brewery may have been rocky at times, but they seem to have the essentials dialed: friendly staff, events that foster and give back to the local community, and really, really good beer. 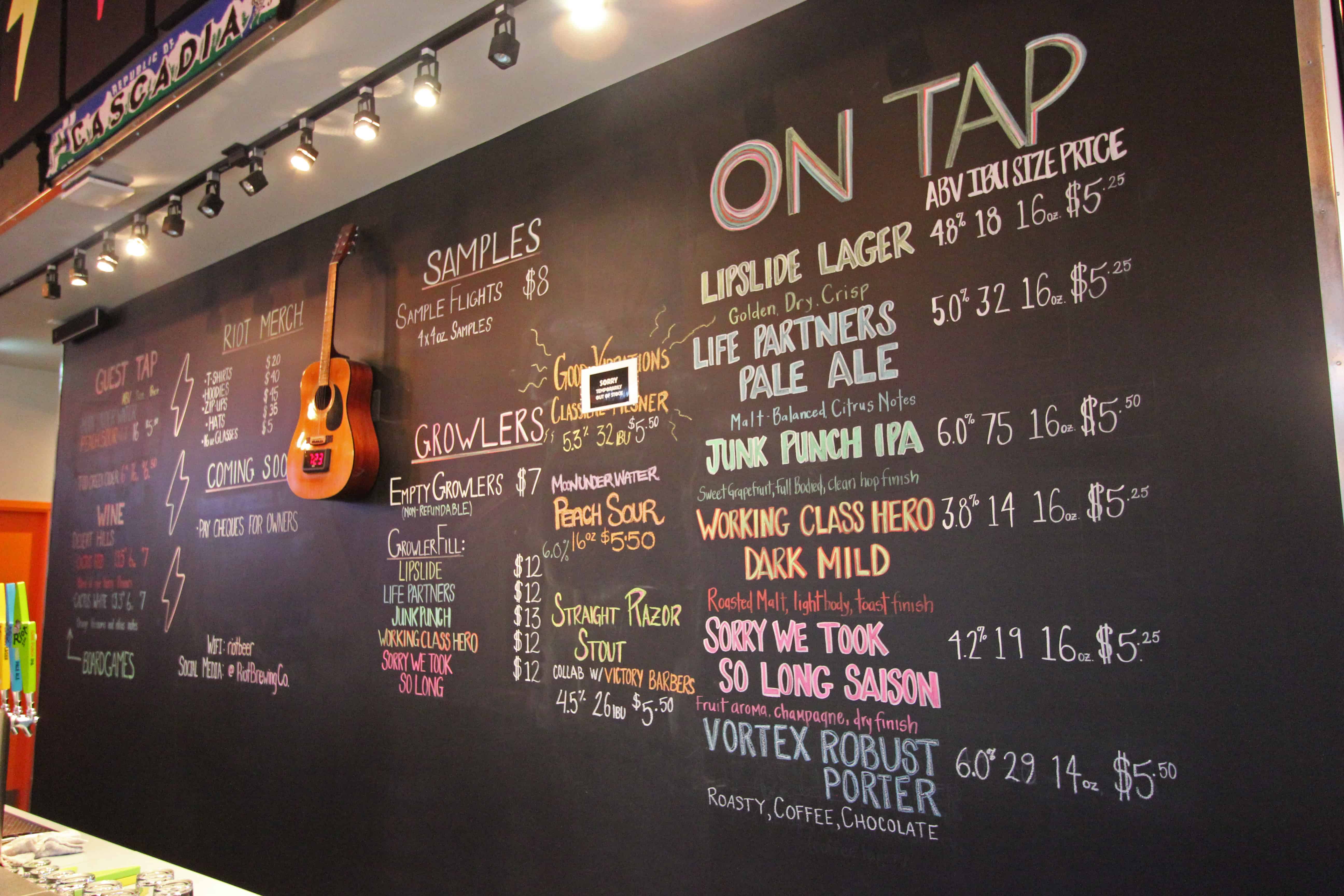 The lounge at Riot is open, airy, with lots of seating and space to gather with friends. They have board games, takeout menus, a licensed patio, and a kids-and-dogs-welcome policy. There are usually nine different beers on tap; eight of Riot’s and one guest rotator. A flight is the best introduction to the lineup, from their award-winning ‘Working Class Hero’ Dark Mild to their ‘Life Partners’ Pale Ale, a nod to Aly and Ralf’s long-standing partnership. 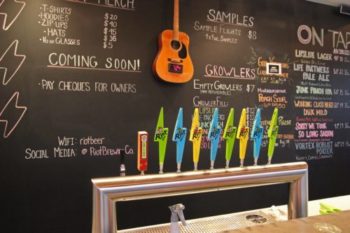 From live comedy to music shows and open mic nights, Riot is an unsung champion of the arts and community in Chemainus. Many of their events allow local musicians and up-and-coming performers to get up in front of a receptive crowd, and proceeds from special events are donated to local charities.

The Riot Brewing lounge is open every day of the week. You can find their hours and more info on events on their website.

Sip the spirit of the season with these Cowichan cocktails

10 Ways to Get Out and Active in Cowichan this Spring

Take the scenic route to Cowichan: The Pacific Marine Circle

Locals Only. Q&A with Cowichan Cycles